A downloadable game for Windows and macOS

This is for "My First Game Jam Summer 2019" submission.

The Robots are trying to take control! All efforts had been done but all we can do left is to defend. We're at the "Last Line" of defense now. Join the battle to prevent "Human Pride" from being taken by The Robots and end this once and for all!

Final updates for the game:

Version 1.0 will be the last update for this game as I want to move on to my next project. But I’m still open for any comments, critiques, and suggestions as they will help me improve as a developer. Thank you so much for playing my game!

MacOS: Download and extract the .zip file, change preferences to Allow apps downloaded from "Anywhere", otherwise you won't be able to play.

As Usual Gameplay from Z9ZGAMES Channel!!
With All Thanks to the Creator of the Game!!

I have an ultra wide monitor, had to set the game to 1080p resolution for everything to fit on screen. But not much problem with that, even big studio games struggle with that sometimes.

That's really awesome to hear! Glad you enjoy the game, and thank you so much for the feedback! This just made my day :)

The game does not work in 4:3. I cannot see the leftmost and the rightmost lanes and cannot get metal. And because the game is only in full screen I cannot do anything.

Noted! I'll see what I can do in the next updates. Thank you for your feedback, Alex!

Hey, Alex! I updated the game, and it now works on all resolution. If you don't mind check it out again in this version 0.3, it will be awesome! Thanks! :)

Yup, the game works fine now! This game reminds me of Plants vs Zombies. I think the game's good, but I do have a couple of suggestions:

Maybe add different ways to control the camera's movement? I think that being able to play this game entirely with the mouse could be good. So the scroll-wheel could be used to move the camera, or arrows at the right side of the screen or something like that.

I think that the pusher is a little overpowered for it's price. Maybe it could take a battery for every use instead of when it was built? Also the pusher could display the remaining uses in some way, like with a separate blue or red bar.

Lastly, I think that the rotating tower should target enemies that are the closest to them and not the base.

I also found a couple of bugs. The most glaring one is that the rotating tower doesn't aim at the center of the enemy, but at the bottom left corner. Also, if you demolish the tower and rebuild it, it stops aiming for some time. The red enemies don't spawn in any level past the one they were introduced in. Finally, in the settings menu the resolution selection moves way too slowly with the scroll wheel. Multiplying it's speed by 5 or so will make it much nicer.

Thank you so much for playing my game and for a very detailed feedback! This means a lot to me as it'll help me keep improving. I'll take your suggestions and see if I can add them to the game :) 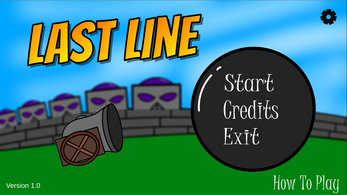 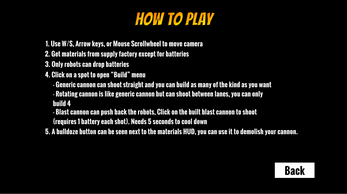 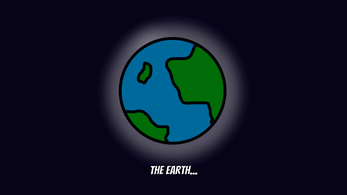 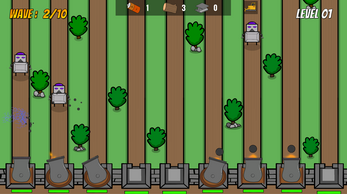 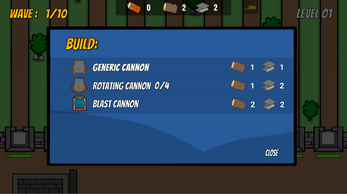 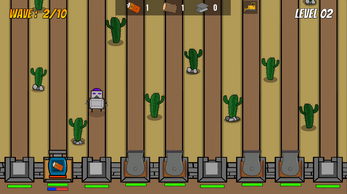